Some of the Geological features around the Cornwall Coast between St Ives and Helford
-------------------------------
Basic Geology :- The Lands End Penninsula - The Granite Coast
Dominated by Intrusions of Granite at the end of the Variscan Orogeny about 300 - 280 mya.
The Isles of Scilly , Bodmin Moor were also formed at this time .
Fluids escaping from the cooling Granite were responsible for ores rich in Tin , Copper , Lead and Zinc.
Heat from the Granite Intrusion metamorphised the surrounding 'country rocks' into a rich variety of rock types.
---------------------
The Lizard Peninsula -
Is a special area with rocks rare in the British Isles , formed when rocks from between the Earths Crust and the Mantle where thrust upwards due to tectonic plate movements.
Hydrothermal Waters altered Peridotite ( the dominant rock of the upper mantle) into the Lizards famous Serpentine Rock.
Back 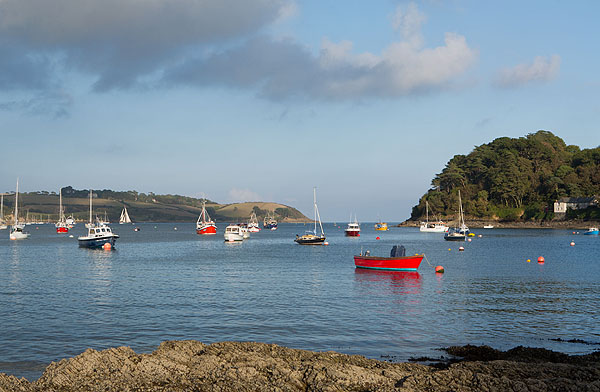